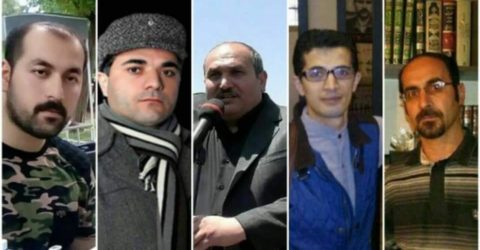 Dr. Latif ( Araz) Hasani, Abbas Lesani, Ibrahim Nuri, Amir Sattari, Siamak Mirzaei have declared that they will begin the hunger strike in their prison cells in order to draw awareness to the issue of Azerbaijani Turkic, spoken by over 35 million Turks and forbidden by the Iranian regime. The prisoners who are being held in distinct prisoners in Tehran, Ardebil and Tabriz will begin their hunger strike on 21st February 2019 and cease it 5 days later.

Meanwhile, it is reported that Abbas Lesani was finally allowed to get a visit from his family on February 15th which took place in Ardebil Prison. The activist’s family convinced Mr. Lisani to cease his hunger strike due to deterioration of his health.