Abbas Lesani, Azerbaijani Turk political activist ended his hunger strike after a week in Shiraz prison while in exile in solitary confinement. On 15 Nov 2015, Abbas Lesani had informed his family in a telephone conversation that he ended hunger strike based on request from the family and his friends. He was sent from Ardabil city prison to Shiraz city prison in exile after he had announced his hunger strike. He went on hunger strike at the same time when massive public protest erupted against racism in Iran on 09 Nov 2015. Abbas Lesani was spending his a-year in prison sentence in Ardabil prison. This civil rights activist was arrested by security forces on 22 Jul 2015 while going to work, for a-year in prison sentence in Ardabil prison.

On 9 Nov 2015 Atabak Sepehri, the Azerbaijani Turk civil rights activist from Parsabad city, Mughan / West Azerbaijan was arrested following the Anti-racism protest after IRIB2 program (channel 2 of Iran public TV). He was released on IRR 300 million bail on 13 Nov 2015. After he released the security forces several times have attempted to arrest him again and are chasing him.

Note: Children’s television program “Fitileh” aired on 6 November on local state TV that ridiculed the accents of Turks and included offensive joke (the program shows the Turkish kids can not recognize the Tooth brush from Toilet brush). Demonstrations were held in all Azerbaijan as well as in capital Tehran.

On 26 Dec 2015 Eskandar Alimirzaee, the Azerbaijani Turk civil rights activist from Naghadeh city, West Azerbaujan was prisoned after he was summoned through the security force. Mr Eskandar Alimirzaee had participated in Antiracism protest after IRIB2 program (channel 2 of Iran public TV).

Note: Children’s television program Fitileh aired on 6 November on local state TV that ridiculed the accents of Turks and included offensive joke (the program shows the Turkish kids can not recognize the Tooth brush from Toilet brush). Demonstrations were held in all Azerbaijan as well as in capital Tehran.

On 10 Dec 2015, security forces arrested Siamak Seyfi, Azerbaijani Turk activist in Meshkin Shar City, East Azerbaijan. He was transferred to the City prison a day after. According to those close to Siamak, while in detention, he was beaten up severely. The reason for his arrest is not yet known. After mass protests in Meshkin Shahr city against racism, security forces attempted to arrest Siamak, but when they failed, they detained to of his brothers, Hasan and Ebrahim instead and released them after some hours. Security forces had told Simak’ family if he had not introduced himself, they would have come to the house for search each time after some hours.

Siamak was arrested earlier by the security forces because of his minority rights activities several times during different occasions related to monitory rights issues. On 23 Dec 2015 Siyamek Seyfi was released from prison.

Background: Rasoul Razavi was arrested on 12 Nov 2015 after Anti-Racism protests. One month before Mr Razavi along with Hosein Rakhshani and Sevindik Lotfi were sentenced to 6 months imprison and 6 month of suspended imprison for a 2 years of validity. They had participated in demonstration protest against China government policy against Uygurs people and savvier human rights violation against Uygurs. Based on reports the security force tries to change the suspended 6 month of imprison to the 6 months imprison. Rasoul Razavi has already spent one year imprison and released on 3 Mar 2015. On July 2014 The Tabriz revolutionary court had been sentenced Mr Razavi for one year imprison accusing him for “Propaganda against Regime “. He also participated on the protest against Iran regime negligent preserving Urmia Lake Dry up and has been arrested on 2 April 2010.

Mr Afrouzian from Malekan city, East Azerbaijan the Azerbaijani Turk civil rights activists, have been transferred from Tabriz Security Detention Centre to the Tabriz Central Prison. Sajjad, his brother, is still in the Tabriz Security Detention Centre. The civil right activist was detained during days after mass protest in the Azerbaijani region of Iran against racism. 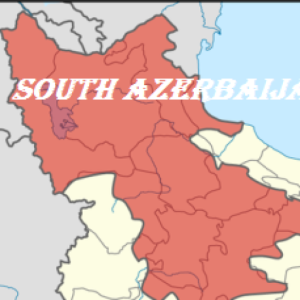 In October 2015, Including Ardabil in many cities of Azerbaijan (northwest Iran) and Tehran there were a demonstration against the TV programme of “Fitileh” in which the Turks had been humiliated. These demonstrations are known as “anti-racism protests”.

Previously Mr. Bahram Novin had been arrested in the demonstration in connection to the Lake Urmia drying up in 2011.

The Azerbaijani Turk civil rights activist from Ardabil, was sentenced to 2 years imprison suspended for three years. The First Branch of the Ardabil Revolutionary Court has sentenced him in charge of “providing and participation in an unlawful demonstration and acting against national security”. The trial has been held on 19 November 2015.

Mr. Hashem Adib had been summoned by Iranian Intelligence service forces and been arrested in connection to the street protests in October 2015 in Ardabil. He released after some days on bail 800 million IRR.

On 28 December 2015, the Azerbaijani Turk activists who were detained in “anti-racism” protests in October 2015 in Ardabil, were present at the court.

The above-mentioned people were charged with “participation in the unlawful demonstration and acting against national security” in the Ardabil revolutionary court of whose judge is Mr. Khodadadi.

Mr Eskandar Ali Mirzaie was released on bail from the prison of the city of Naghadeh in western Azerbaijan province on 30 December 2015. He has been summoned to police station in Naghedeh, been detained and transferred to the prison on 26 December 2015. The charge was not known yet but it is supposed it has been in relation to street protest of “Anti-racism” demonstration against insulting TV program of “Fitileh in October 2015.

Mr. Eskandar Ali Mirzaie is an Azerbaijani Turk civil rights activist that previously had been detained two times for his activities.

On 02 Dec 2015, Majid Naghi Zadeh, Azerbaijani Turk activist was released on bail from the central prison of Tabriz after being detained for 13 days.

He was arrested by security forces during a football match between Tractor Sazi and Siyah Jameghan teams on 15 Nov 2015 and was accused of public disturbance. He is only of those who were arrested and transferred to the Tabriz Security Detention Place (Saeb) on the same day. Among those detained are Yavar Soltani, Javad Soltaniand Jahanbakhsh Soltanzade are from Maku city West Azerbaijan, Mehdi Sharifi, Hadi Hoseyin Zad and Jafar Pour from Urmia city West Azerbaijan, Hasan Jamali from Khoy city West Azerbaijan, Majid Naghi Zadeh andMohammad Najafi from Ahar city East Azerbaijan, Mir Mohammad Babayi and Jafar Javad Pour from Tabriz as well as Mohammad Shirzad and Mehdi Shirzad.

Mr. Javan Jafar Pour from Tabriz city, another match-watcher who was detained at the same place, is still in the Tabriz Central Prison.

Mr. Majid Naghi Zadeh was earlier detained in Ahar city during the massive public protests in the Azerbaijani region of Iran, which was erupted against insults to Turks broadcasted by the Iranian national TV channel.

On 01 Dec 2015, Beitollah Barzghari, Azerbaijani Turk civil rights activist was released from Meshkin Shahr Prison on bail. He was accused of propaganda against regime. He was detained on 12 Nov 2015 after mass public protests in the Azerbaijani region of Iran against racism in November 2015. Among those detained after protests were also Aydin Zakeri, Ali Feyzi, Siamak Qardashi’ Sina Emami, Saeid Emami Zadeh, Saeid Sinehdar’ Afshin Seyfi, Shahin Nobakht, Faramarz Pour Esmaeili, Shabur Asghari, Mohammad Seyfi and Ebrahim Seyfi. Many of these were released after some days. Sina Emami was released, but was again arrested. Aydin Zakeri and Sina Emami are still in detention.

Beitollah was on hunger strike because of protest against his arbitrary detention.

These activists were detained on their arrival to the stadium to watch football match between Ardabil municipality and Fajr Sepasi from Shiraz on 10 Sep 2015.

He was charged to one year of imprison by the first branch of revolutionary court in Maragheh city by Judge Mr Davarnia, with the accusation of “propaganda against regime”. Later the sentence approved by the branch 8 of the East Azerbaijan hearing court.

On 1 Sep 2014 previously Mr Deyhami and Mr Asghar Nosrati were detained in Malekan City. According to their relatives Iranian security forces have been Inspected Mr Deyhami’s home and his workplace and filmed the places before he was released and ceased his books and some personal stuffs.

Also Mr Deyhami was prisoned on 30 August 2011 while he was protesting against neglect Urmu Lake dry up. He was charged for 5 months imprison by the first branch of Mahabad revolutionary court.

Mr Ata Karami an Azerbaijani Turk civil right activist was summoned to Urmia citie’s general court, branch 10. There is no official announcement for his arrest.

Recently he was summoned to branch 6 of investigation section alongside with Mr Gholam Qolizadeh and Mr Ali Azizi.

Mr Karimi several times have been arrested and imprisoned.

On 7 June 2015 Mr Karimi alongside with three other Azerbaijani Turk civil right activist have been arrested by Iran’s Revolutionary Gourde and after one week imprisonment was released on bail.

Previously Mr Karimi alongside with other Azerbaijani Turk activist was arrested on 9 June 2014 in Urmia city and one week later he was released on bail IRR 200 million from Urmia central prison. Mr Karimi was charged for 6 months imprisonment with the accusation of ”propaganda against regime”.

Mr Karimi also was arrested on 23 March 2010 while he was protesting against neglect Urmia lake dry up near Shahid Kalantry bridje in Urmia.

On 19 December 2015, three people have been hanged in the prison of Maragheh, Eastern Azerbaijan province. T

heir sentences have been in connection to narcotics- related crimes. Theirs identities have been as below:

Mr. Javad Zarepour, 40 years old, who had been in Maraghe prison for seven years.

Mr. Saber Hamidi, 37 years old, who had been in Maragheh prison for recent 6 years.

The identity of the third person is not known.