Statement of S. Azerbaijani Student Movement on the Issue of “Astara & Ardabil” 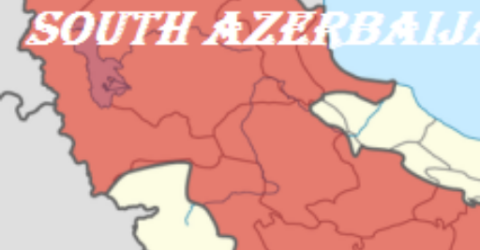 “Provoking the dispute between Astara and Ardabil will only make the enemies of Azerbaijan happy and will cause divergence between the people of Azerbaijan (South) and the division of the territory of Azerbaijan.”

The S. Azerbaijani Student Movement has release the following communique regarding the fabricated dispute between “Astara and Ardabil”:

In ancient times, Astara was analogized to a gate, and according to this theory, the origin of the name Astara goes back to the Turkish word “Astana” meaning gate.

Some of the dear citizens of the city of Rasht have claimed that the root of this name is from (Ast: Tappeh-Ara: middle). In this case, too, the word “Ara” is Turkish and means middle, and the root of the name being Turkish is not violated.

But “Ast” + “Ara” has another meaning in Turkish. “Ast” in Turkish means low and low and “Ara” or “Araliq” means land or plain. According to these meanings, Astara is a Turkish word meaning a flat and low plain.

Not to mention proving that Astara has Turkish roots; It does not mean denial and indifference to other ethnicities (Tat and Talesh) living in Astara. The aim is simply to show the closeness of Astara and Ardabil to each other.

According to the peace treaty between the Ottomans and the Safavids in 963 AH, Talesh and Astara were governed by the Ardabil region, and even Astara is one of the endowments of Sheikh Safi al-Din Ardabili.

The separation of the Eastern and Western Azerbaijan provinces did not last long, and in the first coherent law, the two countries formed a province called Northwestern Province. In this law, which was approved on 16/8/1316; The northwestern province consisted of six cities of Ardabil, Tabriz, Khoy, Rezaieh, Maragheh and Mahabad, and each of these cities consisted of several parts. For example, the parts of Ardabil city were as follows.

The language of the majority of the people of Astara is also Turkish and they speak that the common language is also a sign of the closeness of Astara and Ardabil.

We have always seen it throughout history; As the power of a nation increased, the enemies used an intangible weapon called division. Distress with distress gives weakness to the nation, and it so happens that the enemies also try to abuse this distress. Also, the division of lands of a geography and the threat to its territory are other means of destroying the nation living in that geography.

Throughout history, the enemies of Azerbaijan have used every means to limit and degenerate Azerbaijan. Creating artificial differences and tensions to destroy the solidarity of the Azerbaijani people, as well as the division of the state of Azerbaijan as one of the most important states in the recent history is one of the familiar actions against this geography in recent years. Creating a dispute between Ardabil and Tabriz, Zanjan and Qazvin, Zanjan and Abhar, and now Ardabil and Astara, and many other cases, is the same kind of action that is engraved in the historical memory of Azerbaijan.

Our nation must know that the enemies only want to separate us and take advantage of the differences that have arisen by creating such fabricated and purposeful events. Stimulating the dispute between Astara and Ardabil will only make the enemies of Azerbaijan happy and will cause divergence between the people of Azerbaijan and the division of the territory of Azerbaijan.