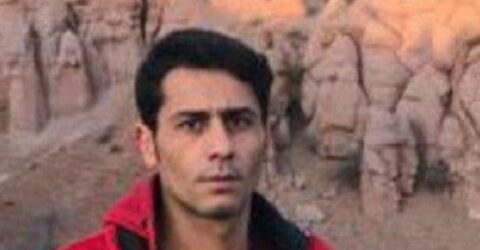 Siamak Seifi, another South Azerbaijani activist of Khiyav (Meshkin), was sentenced to two years in prison.

Based on the indictment of the Meshkin Prosecutor’s Office and the Revolutionary Court, the report of the Intelligence and Security Department, and the materials obtained on the defendant’s phone on Instagram and Telegram, he was notified by e-mail. According to Article 61 of the Islamic Penal Code, Siamak Saifi was sentenced to two years in prison for participation in an “unlawful” gathering in support of Azerbaijan operations to liberate Karabagh from Armenian occupation. The days of pre-trial detention will be counted towards his conviction.

Siamak Seyfi was detained along with another S. Azerbaijani activist, Aydin Zakiri, on October 18, 2020, for participating in protests in South Azerbaijani cities in support of the liberation of Karabakh and the Iranian government’s military, technical, and logistical assistance to Armenia.

It should be noted that the Iranian government’s support for Armenia during the operations for the liberation of Karabakh was protested by the people of South Azerbaijan.

Hundreds of activists who took part in the protests were detained and subjected to harassment and harsh prison convictions.
The trial of many of the detainees are pending.