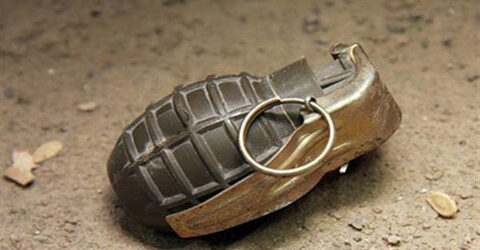 Last night the Kurdish terrorist groups threw grenades and inflammables at the houses of Azerbaijani Turks. A house has completely burned down.

According to this report received from the residents of the named village the house was fortunately empty and so far no injuries or fatalities have been reported.

It is also reported that the entrances and exits leading to the village have been blocked by SULDUZ/Neghadeh law enforcement officers.

In recent days, following a personal clash in SAkhsiTepeh village between a Turk and a Kurd that resulted in the killing of one of the parties, around 200 ethnic Kurds raided the village of Sakhsitepe and threatened to kill Turkish residents and attempted to abduct women and children. The Kurdish terrorists forced 15 Turkish families of Sakhsitpeh to leave the village.

So far, the state media as well as provincial officials have tried to downplay the brutal and anti-Turkish actions of Kurdish extremist groups by censoring or spreading false news. The central regime of Tehran has settled hundreds of thousands of Iraqi Kurds escaped during the Gulf war in western Azerbaijan with an objective to create a Kurdish buffer zone between the South Azerbaijan and bordering Turkey.