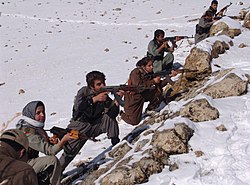 “Urmia is a part of the geography of Kurdistan and all Kurds should unite against pan-Turkism,” said the representative of the Kurdish party Mahammadgader Salehi on Tishak TV of the terrorist grup.

Other Kurdish TV channels. in the last few days, have brought up the same ridiculous territorial claims against the West Azerbaijan province calling it :Urmia Province”

A few days ago, Kurdish terrorists attacked the village of Nado of Avajik region, Maki city, West Azerbaijan province, shot and killed 3 Azerbaijani civilians in order to cause fear and force the local Turkic inhabitants out of the area.

The PKK terrorist organization and other armed Kurdish groups are trying to create a safe zone in the territories of Azerbaijan, near the Iran-Turkey border, to control the illegal circulation of drugs and the transit of contraband.