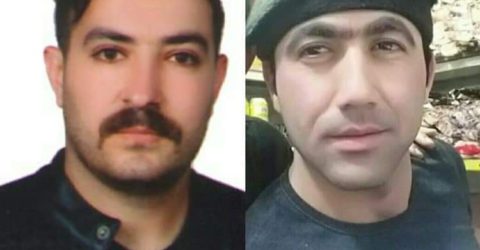 Two South Azerbaijani activists who were arrested on 21 February 2019, the International Mother Language Day in Tehran have been convicted of ” Attempts against national security and propaganda against the islamic Republic” and sentenced to lengthy imprisonment.

The Revolutionary Tribunal of the occupying regime of Tehran has sentenced Kiyanush Aslani to 5 years and Tovhid Amini to 9 years in prison merely for distributing some brochures calling the racistic regime of Tehran to respect the Turks’ and other ethnics’ mother languages.

Since the invasion of Azerbaijan in December 1946, the language and culture of South Azerbaijanies are banned from official sphare.