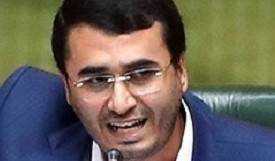 Tabriz MP, Ruhullah Mutafakkir Azad stated that the activities of the Lake Urmu Restoration Headquarters will be investigated, the Member of Parliament said that the plan will soon be investigated in an open meeting of the parliament, and if the members vote, the process on the issue will be started.

“Due to persistent droughts, the water level of the lake has decreased significantly, but the restoration headquarters has spent billions of Tumans to prevent the lake from drying up. Now we don’t see any special results after spending so much. That’s why we believe that the activities and expenditures of the Urmu Lake Restoration Headquarters should be investigated and evaluated,” Tabriz MP, Ruhullah Mutafakkir Azad said.

He said that the disastrous consequences of the drying up of Lake Urmu will affect the regions around the lake, from Tabriz to Tehran, and will put the lives of 14 million people at risk of salt storms.

The deputy spoke about the importance of completing the unfinished projects for the restoration of the lake and called on the government to take practical steps in this direction.

The MP released this statement after Millions of South Azerbaijanis have campaigned in social media calling for civil uprising against the regime of Iran. Most Azerbaijanis blame the occupying regime of Tehran of deliberately drying up the Lake Urmia in order to force demographic alterations and force dislocation of Azerbaijani Turks from the regions bordering the Republic of Azerbaijan and Turkiye.

South Azerbaijanis have called for large scale protests in major cities and towns of including Tabriz, Tehran, Ardebil and Urmia of South Azerbaijan schedule for July 25th 2022,