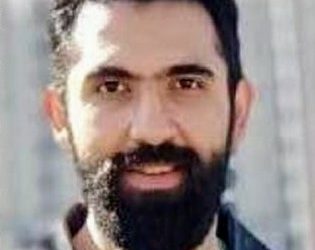 Yashar Hosseinzadeh Dalir, a prominent student of Azeri Turkish Language and Literature at Tabriz University has been abducted by Ettelaat agents and transferred to an unknown location. It is feared that he is being mistreated and or tortured.

Yashar has been active in opposition to the destructive and divisive actions of the dean of the university who sought to shut down the Azeri Turkish literature which is recently launched.

The (South) Azerbaijani student movement has strongly condemned this inhumane, illegal detention and called for Yashar’s immediate and unconditional release : “The manner in which Yashar Hosseinzadeh was arrested without giving any reason was completely unlawful and could have no purpose other than to intimidate students and applicants in the field of Azeri Turkish Literature.”