President of Azerbaijan Raises the Issue of South Azerbaijan 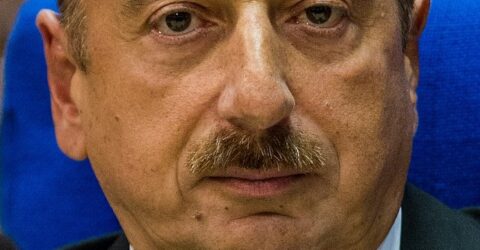 President Ilham Aliyev indicated in his speech at the opening of the conference on the subject of “Across the Middle Sea: Geopolitics, Safety and Economy” at the 25the November in ADA University of Turkiye: “I have worked with Iran’s three former presidents – Khtami, Ahmadinejad and Rouhani. No conditions were ever created like the current circumstances. Within a few months, Iran has conducted two military drills in our borders. Never before was there a statement full of hatred and threats against Azerbaijan.”

He said: “We have always responded to any anti-Azerbaijani statements and actions. For this reason, we have to conduct all kinds of practices with Iran, to show that we are not afraid of them. We will do our best to defend our way of life, the world development vector of Azerbaijan and the Azerbaijanis, the Azerbaijanis living in Iran, as they are a part of our nation”.

The president also added that we have 340 Russian, 10 Georgian Schools and etc. in Azerbaijan. In Georgia there are 116 Azerbaijani Schools for 200-300 thousand Azerbaijani citizens of Georgia. There are Armenian schools in Iran, but there is no Azerbaijan schools in Iran. This is unacceptable. We have no choice to raise this issue because they are losing their language.”