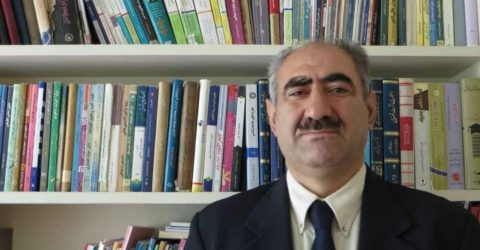 The Islamic Revolutionary Tribunal of the invading regime of Tehran has found Mr. Qulam Huseinqulizada of Urmiya, South Azerbaijan guilty of memebership to an unlawful “seperatist” group namely, the Southern Azerbaijan Independence Party GAIP and sentenced him to 5 years Imprisonment.

The Urmia Branch of Revolutionary Tribunal has also ordered that his photo cameras which were taken by the Ettelaat Intelligence Agency upon his arrest are confiscated as according to the Tribunal he used them to take images and record videos to submit to the GunAz TV.

Mr. Qulizada was arrested upon his attempt to climb to the Babak Castle located at Kalaibar, S. Azerbaijan. The regime of Tehran considers Babak Castle visitation as threat to national security and detaines hundreds of Azerbaijanies every year.