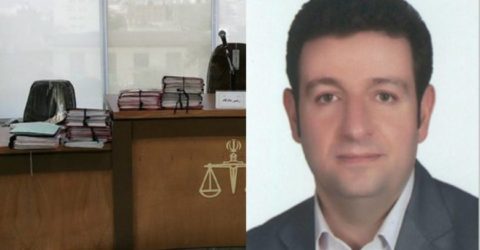 Mohammad Reza Fagihi, the lawyer for the prominent Azerbaijani activist, Mr. Abbas Lesani has been arrested by the occupying regime of Tehran.

Mr. Faghihi was arrested on Sunday, October 20, after attending the Ardabil Prosecutor’s Office following the summons of Deputy Chief Prosecutor of Ardabil, South Azerbaijan. Mohammad Reza Faghihi is a member of the Bar Association and a member of the Board of Directors of the First Association for the Defense of Prisoners’ Rights in Iran, chaired by Emadeddin Baghi.

Bar of Free Lawyers has issued a statement condemning the arrest of Mohammad Reza Faghihi and called it totally unlawful:

“The judiciary of the Islamic Republic of Iran has publicly renounced its international obligations and the laws enacted by its legislative bodies with alleged national security charges against political and social activists, religious dissidents, and with the detention of human rights lawyers. “

“Bar of Free Lawyers condemns the illegal detention of Mohammad Reza Faghihi and calls for the release of this human rights defender as soon as possible.”