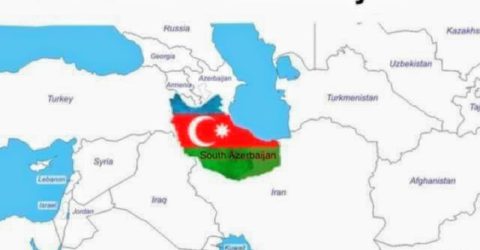 Masuma Aghapur Alishahi the MP for the region of Shabistar, S. Azerbaijan in her speech in the Iranian Parliament demanded that Turkic language of almost half of the Iranian population must be studied in the country’s school system.

In her Nov 20th, 2018 speech at the parliament in Tehran, Mr. Alishahi (pictured beneath) went on to compare the current Iranian president with the former shah. She said that Mr. Ruhani should stop acting as the former Shah of Iran.
Ms. Alishani also complained about an overt discrimination against South Azerbaijan and indicated that during his visit of Province of Western Azerbaijan, President Ruhani failed to spend a penny for any project:

“No penny has been spent from the National Development Fund. No penny is spent on the execution of any provincial project including the revitalization project of Lake Urmia.”
Ms. Alishahi also went on to say that President Ruhani broke his election promise to allow education in Azerbaijani Turkic in schools. 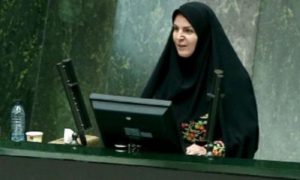 The Iranian government refuses to comply with the Article 15th of Iran’s own Constitution which allows education in mother languages along with the Farsi. There are 35 million Turks residing in South Azerbaijan and other region of Iran. However, despite their constant demand the regime of Tehran has refused to allow them education in their mother language.