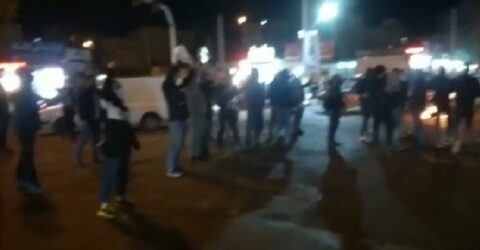 On the night of November 2 and 3, a group of national activists held protests in the “40 Meter” neighborhood of Tabriz.

They chanted slogans in the Azerbaijani language and protested the discriminatory policies of the Tehran government on national grounds, looting of Azerbaijani wealth and violation of human rights.

National activists chanted slogans such as “I am neither a shahchi nor a sheikh, I am a nationalist, a nationalist”, “Freedom, Justice, Autonomic Government”, “Independence for nations, freedom for individuals” and others.