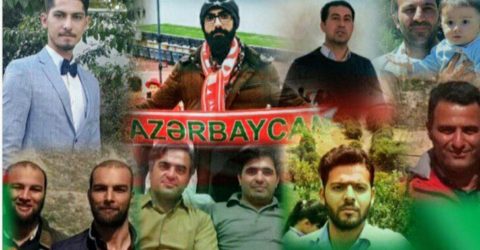 The flowing is the most recent report published by Shahin Khiavi, the head of the AHRAZ- Association for the Human Rights of the Azerbaijani people ( South Azerbaijan)

“Many Azerbaijani civilians have been arrested by the security agents from the beginning of the recent protests against petrol price hike and unfavorable living conditions. Due to internet shut down and not having access to free media since 16 th November 2019, there is no clear information regarding their situation. We should add that despite the fact that the central prison of Tabriz has capacity for only 2000 prisoners, currently, more than 7000 people are kept in this prison. According to our contact with their families and friends we could confirm that 73 Azerbaijani civil rights activists are among the arrested people.
The name and the location of the arrested people are as follows:
Tabriz:

Categories: NEWS
← S. Azerbaijani Detainees Are Being Tortured
Mothers Were Told By Persian Officials: “We Can Execute Detainees & You Could Do Nothing” →