Mothers Were Told By Persian Officials: “We Can Execute Detainees & You Could Do Nothing” 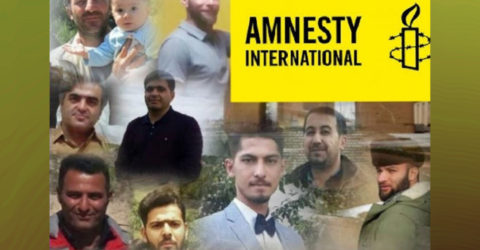 Journalists, students, human rights defenders, including minority rights activists and ethnic minority workers and citizens, have also been arbitrarily arrested and detained on the basis of Amnesty International’s latest report.

“… Torture and Other Cruel, Inhuman Behavior Narratives of eyewitnesses and video evidence indicate that some detainees, including with mayhem and flogging, have been subjected to torture and other cruel, inhuman or degrading treatment.”

“Akbar Mohajeri, Ayoub Shiri, Davood Shiri, Babak Hosseini Moghaddam, Mohammad Mahmoudi, Shahin Barzegar and Yashar Piri are among the minority rights activists all arrested at their workplace in Tabriz. “Reportedly, the number of inmates in some prisons and detention centers is reported to have increased dramatically and far beyond their capacity.”

According to the mothers of a group of minority rights activists detained during the wave of arrests in East and West Azerbaijan provinces, judicial and security officials have told them they do not intend to provide them with any information.

“We can do whatever you want with your children,” said one official. We can keep them in jail for as long as we want for up to five years or execute them, and you can do nothing. “