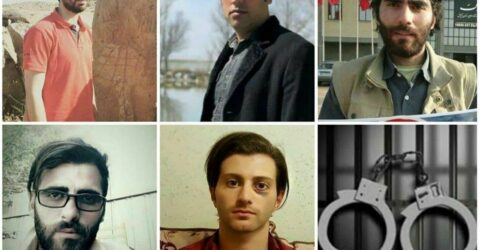 Hundreds of South Azerbaijani posters marched into the streets of city of Ardebil on the last day of September to protest the Islamic regime’s pro-Armenian policies. Recently, it has been revealed that the occupying regime of Iran has been transporting military equipment and weaponry from Russia to Armenia. The protesters were chanting slogans such as ” Karabakh is Azerbaijan!”

The protestors were also carrying placards which read: “This Nation is behind you, Azerbaijani soldier!”, ” Your longing is mine, your victory is my victory, Karabakh!”were raised.
The security forces of the occupying regime of Iran have beaten and arrested more than 50 peaceful protestors.

There is no information about the whereabouts of the activists or their condition.