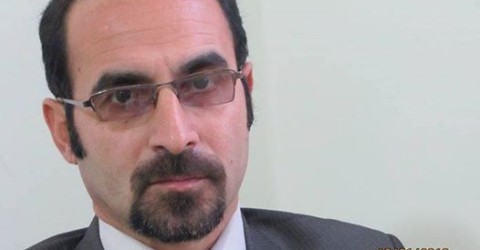 Dr. Latif Hasani aka Dr. Araz firmly rejected to submit an application to Islamic Revolutionary Tribunal for an early confirmational release. After almost 7 years in Tabriz, Tehran and Rajai Shahr prisons, the new leader of South Azerbaijan National Awakening Movement was considered eligible to apply for an early conditional release in accordance with the laws of criminal procedures of the accupying regime of Iran which Dr. Araz eminantly rejected.

Dr. Hasani’s refusal has agitated the Ettelaat of Rajayi shahr Prison to the extent that they have taken away his visitation right for ” bad behaviour!” It is reported that the SANAM leader has been transferred to a cell and is being held in total isolation. It’s also feared that he may have been subjected to torture.

Dr. Araz Hasani, who is holding a PHD in International Law, was arrested 7 years ago along with 7 other leading members of Southern Azerbaijan National Awakening Movement aka GAMOH and sentenced to 10 years imprisonment for establishing political “separatist” group aiming to subvert the Islamic Regime.