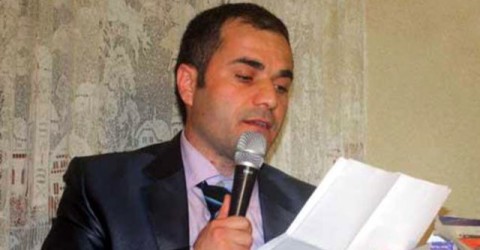 The South Azerbaijani prisoner, Siamak Mirzaei has gone on hunger strike since July 1st 2019 demanding his unconditional release from Evin prison of Tehran. According to the local sources, Mr. Mirzaei’s health condition is detoriating.

The prison authority has transferred him to the Section 209 which is known to be the holding centre for the Ettelaat- Iran’s Intelligence & Spy Agency and subjected him to physical abuse during the transition. It is feared that the prisoner may be misstreated or tortured.

The notorious spy agency of the the accupying regime of Iran has brought new charges against the South Azerbaijani political prisoner, Siamak Mirzaei in order to bar his release at the end of his current sentence.