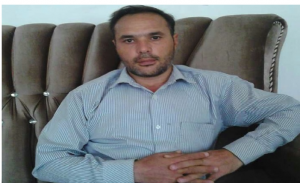 The Islamic Revolutionary Tribunal of the occupying regime of Iran has ordered another political and compatriot activist, Mr. Habib Sasaniyan into prison. Habib was summoned last week to the Tribunal in Ardabil to submit his defense on some new charges brought against him by Ettelaat, the intelligence agency of occupying regime in South Azerbaijan. The new charges include ” Disseminating misinformation and propaganda against Islamic Regime” which Mr. Sasanian denies it outright. At the end of a short hearing, he was reprimanded and ordered into the Prison in city of Ardabil, South Azerbaijan.

Mr. Sasanian previously detained by the Ettelaat in Ardabil and Tabriz for more than 10 months and eventually sentenced to 10 years prison for ” establishing a para-military group, GAMO ( National Army of South Azerbaijan) and espionage in favor of hostile countries” while his matter is in the appeal tribunal, the occupying regime of Iran has brought new charges against him.