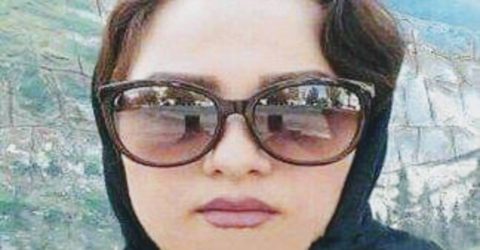 Last night, the lifeless body of the outspoken South Azerbaijan woman, Zahra Navidpur’s was found in her residence in the town of Malik Kendi, South Azerbaijan and transferred to the morgue of Farabi Hospital in Malikan.

Some sources allege that Zahra has been murdered by the killers hired by the member of Iranian Parliament, Salman Khudadadi who served as the former head of the Iran’s Intelligence Agency in Province of Ardabil for many years. Others are claiming that she has taken her own life due to extreme pressure imposed on her by Khudadadi’s network in Iran’s Intelligence Agency, Ettelaat.

Zahra’s body was buried without an autopsy under tight security measures of Ettelaat Intelligence Agency.

Zahra Navidpour released a video last year claiming that when she approached the parliamentarian’s office to apply for work, Mr. Khudadadi raped her and threatened to kill her and her family if she disclosed the fact.

She also released her phone conversation with Mr. Khudadadi who uttered profanities, life threats and also money in exchange to her silence.

She had filed complaints against the Parliamentarian which was completely ignored by iran’s highly corrupted and politicized Judiciary system.