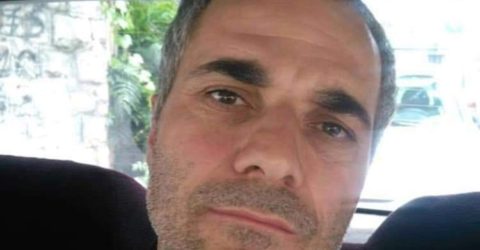 After over three weeks of hunger strike the Revolutionary Tribunal of the occupying regime of Tehran has released the South Azerbaijani prisoner Siamak Mirzaei to serve the 1 year exile portion of his sentence. The Intelligence agants scorted him out of Tehran’s Evin prison, held him in a Police Intelligence Office, and the next day transferred him to the town of Ghayen in the Province of South Khorasan, thausand miles away from his hometown of Mughan, Southern Azerbaijan.

A few weeks prior to end of his 3 years prison sentence, the Intelligence Agency, Ettelaat of Tehran had filed new charges against Siamak to prevent his release. He was left with no choice to go on indifinate hunger strike on July 1st 2019. The court ordered his release as his life was at immenant risk. He was transferred to Section 8 of Evin Prison on July 25th, held for 48 hours, and then exiled to Ghayen in desert province of Khorasan.