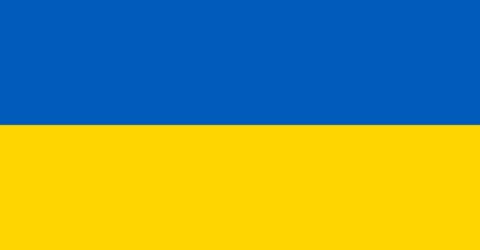 South Azerbaijani organizations issued a statement in support of Ukraine.

His Excellency Volodymyr Zelensky, President of Ukraine! Greetings and good luck to you and the brave people of Ukraine!

Unfortunately, our world is witnessing the oppression and tragedy committed by a dictator at a time when democracy and human rights are urgent.

For days, the brave Ukrainian people have been under the occupation of the Russian army led by Russian President Vladimir Putin. Millions of Ukrainians have been expelled from their homes and homeland.

Unfortunately, the depth of the tragedy is growing every day, and the other side is relying on its military power to commit more crimes.

Every day, civilian areas, especially vulnerable children and women, are bombed, and human rights and international law are violated. However, the Ukrainian people are fighting harder every day to protect freedom, justice, human rights and democracy, and to protect their homeland at great cost, “the statement said.

The statement said that in the last few years, the Ukrainian people have sacrificed the lives of thousands of their citizens and experienced this tragic experience many times, but the world has only witnessed this injustice, oppression and aggression.

“We have seen examples of this indifference and inaction against Vladimir Putin’s aggression and occupation of the Crimean peninsula and the Donbas.

His Excellency Vladimir Zelensky, President of the Brave People of Ukraine!
The people of Azerbaijan have been repeatedly invaded by Russian imperialism, and as a result of Russian aggression, Azerbaijan has been divided into northern and southern parts, and our people have lived a history full of suffering.

Although North Azerbaijan has finally emerged from Russian occupation and gained its independence, South Azerbaijan is still enslaved by Persian chauvinists, an Iranian colony that is a close ally and supporter of Putin.

That is why the pain of occupation, aggression, forced migration, colonialism and, in a sense, deprivation of the right to self-determination is a common sorrow of us, the people of South Azerbaijan and the heroic people of Ukraine.

“We believe that the Putin regime has grossly violated international law, violated Ukraine’s territorial, national and political independence, and committed crimes against humanity and war crimes by illegally using military force in Ukraine, as well as targeting civilian targets,” the statement said. .

In the end, South Azerbaijani organizations and parties expressed their support for the war of rights of the Ukrainian people:

“We support the heroic resistance of the Ukrainian people against the occupying Russian army, and call on all states, organizations and human rights organizations to support and assist Ukraine.

We also condemn and condemn the support of the fascist and dictatorial regime of Iran in the war of aggression launched by Russia against Ukraine.

Long live Ukraine!
Long live the friendship of the peoples of Azerbaijan and Ukraine! “

The statement was signed by the following organizations: