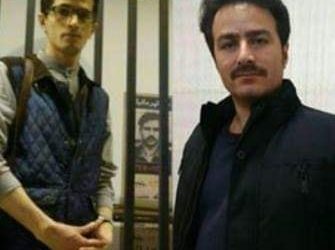 Two  Azerbaijani political activists, Ibrahim Nuri and Jafar Rustami’s trial took place yesterday in Tehran’s Islamic Revolutionary Tribunal where the political activists refuse to give evidence in Farsi. Despite the judge’s persistence, they refused to make written submission in Farsi,  instead, they submitted their defense in Turkish and left to the judge to determine whether he would wish considering their defense or not.

They stated that no matter how harsh the sentence would be, they would not speak Farsi at the trial in protest the chauvinistic anti-Turkic policies of the regime in Tehran which only accepts Farsi as the official language and banns other languages  including TURKISH which is spoken by over 35 million Turks and Turkmens.

Ibrahim Nuri and Jafar Rustami were arrested at the city of Ahar, South Azerbaijan during the last peaceful march to Babak Castle which was suppressed by the security forces. The two activists have been sentenced to 1 year imprisonment for attending “unlawful gathering  against the national security of the state” and transferred to Tehran’s Evin Prison to serve their sentence.